The Hidden Risk Most Homeowners Ignore 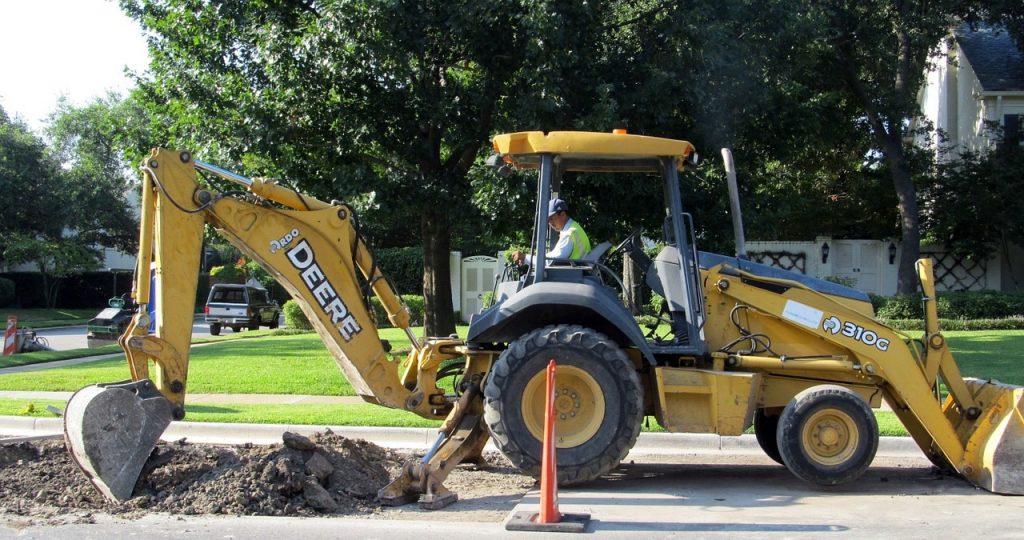 Last fall, Chuck Feeney of Glenview, Illinois, noticed some unusual things around his home. It took longer than usual for water to drain from his sinks, and his home’s sump pump struggled during storms. So he decided to check out his drains’ outdoor clean outs. The verdict: not good.

“They were overflowing at that point,” he remembers. “If I hadn’t checked them, the water would have backed up into my house.” It turned out the water service line to Chuck’s house broke off at the point where the main line meets the line serving his home. Professionals had to dig up Chuck’s yard to repair the line. It was an inconvenience to him and his family—and the bill was $7,500.

Whose line is it anyway?

Unfortunately, stories like Chuck’s are not uncommon. Service lines include water lines; lines for your home’s cable, Internet and electric wiring; and natural gas, propane and sewer pipes. Most everyone is aware that these lines deliver crucial services to a home—but not nearly as many people are aware that service lines on your property are generally a homeowner’s responsibility. In most places, a city, township or utility company will not assume any responsibility for the portion of a service line that runs under your property to the public connection.
As Chuck’s example shows, that can spell serious trouble if your service line is damaged and requires repair. Damaged service lines almost always cost several thousand dollars—and the bill can climb as high as $25,000 if the repair is complicated.

There are many ways that service lines become damaged. Some of the most common causes include tree roots, animal interference, an artificial electrical current, the weight of vehicles pressing down on the lines and simply old age. Like anything, lines and pipes don’t last forever.
No matter what the cause, the effects can be disastrous. Besides repairing the actual service line, a homeowner may have to dig up landscaping, driveways and sidewalks. Everything from trees to shrubs to entire walkways can be ruined and in need of replacement as a result of the repair.

If you already knew that service lines are your responsibility as a homeowner, it’s probably because you’ve received solicitations for service line coverage from utility companies. Many people buy several separate policies to cover their service lines since typical homeowners policies without any special endorsements don’t cover service lines.

Until now, anyway. ERIE recently became one of the first insurance companies to offer Service Line Coverage as part of two popular homeowners policy bundles: ErieSecure Home® Plus, which has a $10,000 limit, and ErieSecure Home® Select, which has a $25,000 limit. Either one of these policies includes coverage for your service lines.* The coverage was added to new and existing policies at no extra cost.**
One of the main benefits of having Service Line Coverage through ERIE is convenience. Instead of paying for multiple service contracts through multiple utility companies or a third-party corporation, you have coverage for underground service lines in one policy. This may be less expensive than arranging several individual polices. Even more, you get other valuable coverages in an ErieSecure Home® bundle as well as the backing of ERIE’s award-winning claims service.

Chuck, the customer from the beginning of the article who faced a broken water line last year, can personally vouch for the Erie Insurance homeowners coverage. It covered his $7,500 repair bill, less the deductible, and gave him needed reassurance during a difficult time.

“ERIE responded to me right away,” he says. “I was thrilled to have this coverage so I didn’t have to foot a $7,500 bill! I definitely recommend talking to your agent and getting a policy that includes the Service Line Coverage.”

Contact an Erie Insurance agent to learn more about this important coverage.

**Coverage is not available in all states. See individual policies for specific coverage details. Coverage is subject to terms, conditions, limits and exclusions. Please talk to an Erie Insurance agent for state-specific policy information.

Are you ready to save time, aggravation, and money? The team at McCollum Insurance is here and ready to make the process as painless as possible. We look forward to meeting you!